Characterization techniques for a wide range of materials is carried out by analyzing its Ultimate Analysis (C, H, N, S), Proximate Analysis (Moisture, Ash, Volatile Matter and Fixed Carbon) and Heating Values (both upper and lower).

Equipment available is shown below.

The Proximate Analysis includes Moisture, Ash, Volatile Matter and Fixed Carbon content. They are determined by means gravimetric tests, both direct and indirect, that allow their calculation.

The service is equipped with a Thermoelectrón- Heraeus oven which allows working until 150ºC with circulation air / nitrogen, as well as different muffle furnaces, CRN-48 from Hobersal, with a maximum work temperature of 1250ºC. With this equipment it is possible to determine proximate analysis in coals, solid biofuels and recovered solid fuels is performed according to ISO, UNE or EN rules.

Ultimate analysis is defined as the determination of carbon, hydrogen, nitrogen and sulfur in a wide type of organic and inorganic samples, both solid and liquid.

This determination is performed in a Thermo Flash 1112 microanalyzer and a LECO CHNS 628 Series macroanalyzer for the determination of these elements in a range between 0.05% and 99.95%, complying with EN rules.

The high heating value is defined as heat released when burning a gram of fuel in a calorimeter (closed container).

Heating value can be carried out in all types of combustible samples such as: biofuels, minerals, solid and liquid ones, and recovered solid fuels. For this, there is an isoperibolic calorimeter PARR 6400 Calorimeter that works according to ISO, ASTM, UNE and EN rules. 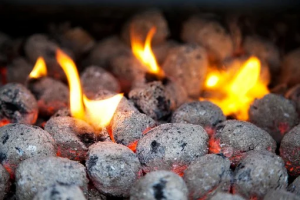